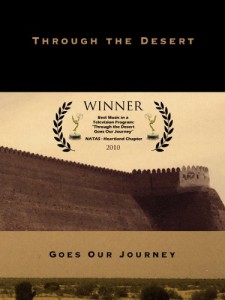 Through the Desert Goes Our Journey, by Walter R. Ratliff and Jesse Zerger Nathan, is a 57 minute documentary. This film was released by Agile Arts Production in 2008. Many voices tell a story of Mennonites who had believed a prophecy predicting the second coming of Christ at a specific date and time, though this was a falsehood. The film discusses the beliefs around this event focusing on the Mennonites who embarked on ‘the Great Trek’, a pilgrimage led by the “dramatic leader” Claas Epp. The title of the film is based off of one of the songs that would be sung during their travels. Overall, the film is informative in a way that is easily grasped, and can be watched as a family. There is some discussion of war violence included, however, this goes unseen.

From beginning to end there is a clear narrative with an organized order of events. A brief introduction tells the backstory including where the travelling began while explaining emotional events of families parting ways. Throughout the film there are narrators to give voices to those who took part in the pilgrimages, along with photos putting faces to the names. Some featured speakers include descendants of the great trek, historian James C. Juhnke, and Fred Belk, author of The Great Trek. Music ties together scenes, while re-enacted moments, old film footage, and maps of locations along the way provide further understanding. Each interviewee plays a part in explaining how Mennonites migrated 2,000 miles into Central Asia. From one location to another, viewers are given a glimpse of scenic landscapes and monumental structures such as the grandfather blue mosque in Serabulak.

Discussions throughout the film include work and travel conditions endured by the Mennonites, especially the difficulties of maintaining good health in extreme weather. The Molotschna colony, Ak Metchett and the bride community are also discussed. The film explores relationships between Mennonites and Muslims, and their sharing of the Mosques in Khiva. Time is also given to describe how the Mennonites were impacted by Soviet oppression, and the hardships faced through this. The story concludes with the final destination and result of events, as descendants of Claas Epp speak about their cautiousness in new understandings and visions.