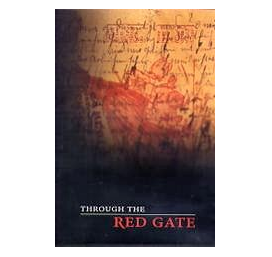 Through the Red Gate was produced and directed by Moyra Rodger, in association with the Knowledge Network and Out to See Entertainment, 2008. The film is narrated by J.J. McColl, and written by Dale Drewery. This 45 minute video uncovers the dramatic and tragic historical events of the years following Lenin’s death in Russia, and Stalin’s rule which caused trauma in the lives of millions- many of whom were Mennonites. Through the Red Gate uses old photographs provided by the Archives of Bethel College, Mennonite Church USA and Eleonore Toews. Additionally, film footage, re-enacted scenes, narration and interviews are all combined to tell the story in a clear and elaborate way. Interviewees include Peter Bargen, Maria Bargen, and Lena Dirksen who explain their first hand experiences in heavily troubled times.

The film covers a timeline from the 1780’s when the Mennonites lived happily in their Russian colonies, followed by the contrasting realities of Stalin’s rule, and the eventual settlements in Canada, for some. Explanations of succeeding years include 1989 when letters (discussed in the film) were discovered in Manitoba by Peter Bargen and his relatives. Lena Dirksen recalls her memories of her father being arrested for resisting authorities in Russia. She also explains a miraculous and rare instance of being kept safe in a shelter with the help of a street worker. Lena continues to discuss her memories of the suffering that her family endured, including the cruel torment and jail sentence her mother was forced to experience.

Peter Bargen describes the fleeing of his family including the story of how his father forged documents which contributed to the possibility of their escape. Maria Bargen speaks of her experiences as well; with details of the extreme difficulties her family faced as her father was taken away. The red gate’s significance in these stories is addressed, and the film concludes with information given on each interviewee with details on where they ended up. Dedication of this film is in memory of those who were grievously left behind. The film has a dark and heavy tone, yet is free of any graphic visuals that are unsuitable for children.

“Through the Red Gate”. Moyra Rodger. The Knowledge Network. Out to See Entertainment. 2008.