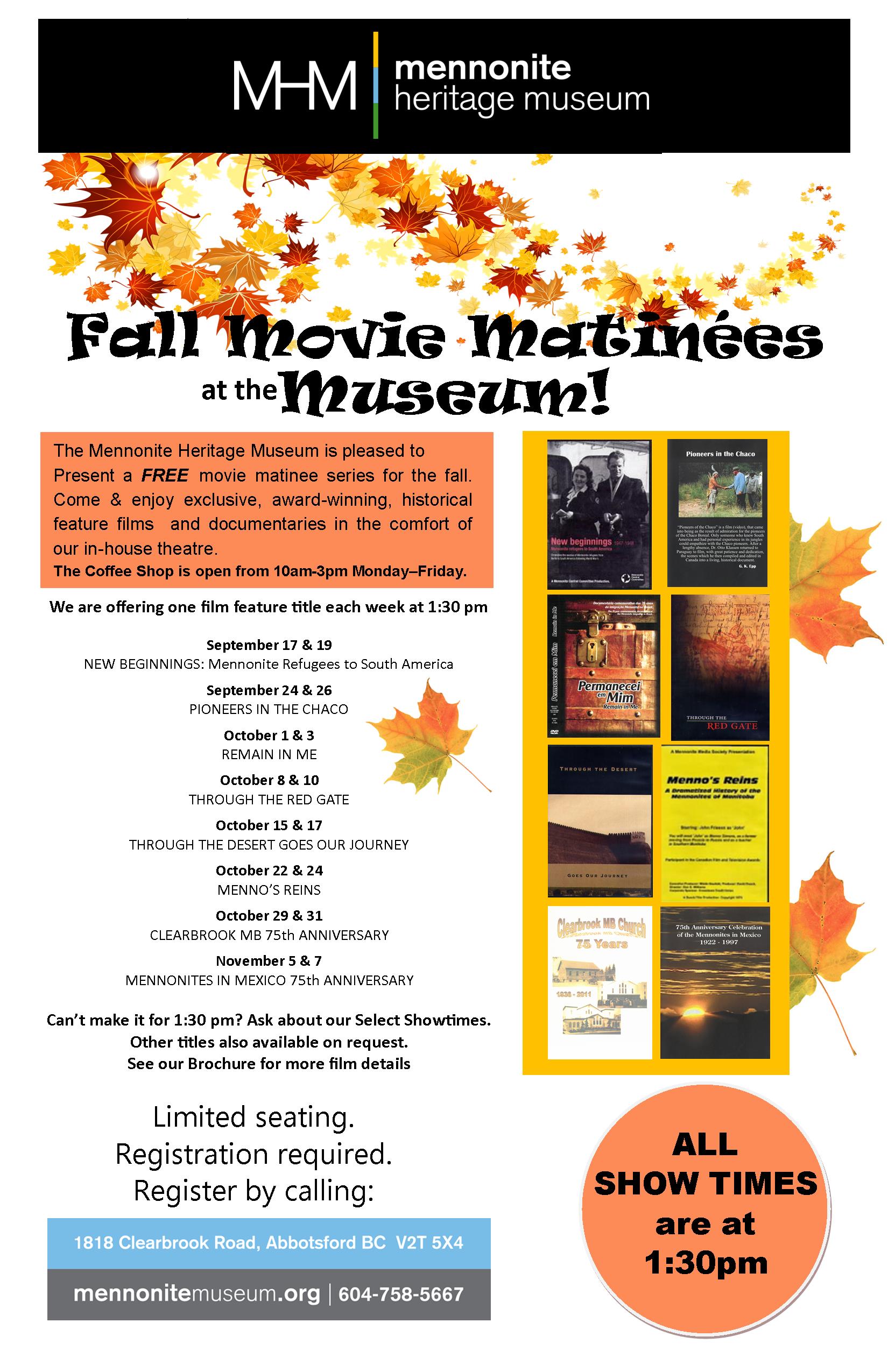 We are offering one film feature title each week at 1:30 pm

PIONEERS IN THE CHACO

THROUGH THE RED GATE

THROUGH THE DESERT GOES OUR JOURNEY (57 min.)

MENNO’S REINS: A Dramatized History of the Mennonites of Manitoba (60 min.)

This film includes two parts of dramatized monologues based on Mennonite history from 1525-2008. Part one explains early history of the Anabaptist movement with a spotlight on ‘John’ Menno Simons (played by John Friesen), who is a farmer moving from Prussia to Russia. Part two entails a story of a teacher in Southern Manitoba, and highlights migration to North America/Western Canada.